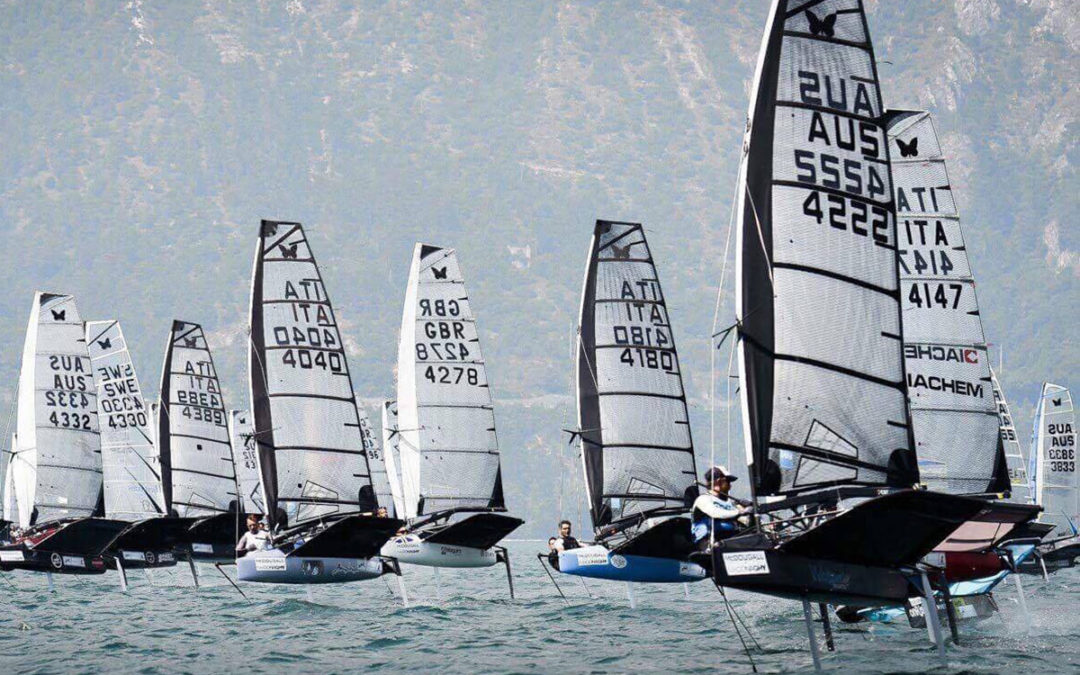 The first day of racing was scheduled to start yesterday (Tuesday 25 July) however the weather gods had other plans and racing was postponed due to lack of wind. The first race today is scheduled for 8:30am (4:30pm AEST) so please join us in wishing Brent luck as he heads to the start line for what he hopes will be an excellent start for the qualifying heats of the 2017 Moth World’s. After 2 days of racing the fleet of 240 will be separated into Bronze, Silver and Gold to battle it out for the finals. Brent hopes to qualify for Gold fleet and while he admits he is a little nervous as there is no room for error if he is to achieve his Gold fleet goal he said “at the end of the day I’m in Italy sailing, so even a bad day is still awesome.’’

Follow @mothworlds on Facebook to stay up to date with all the latest news from Lake Garda and eagerly await some results!